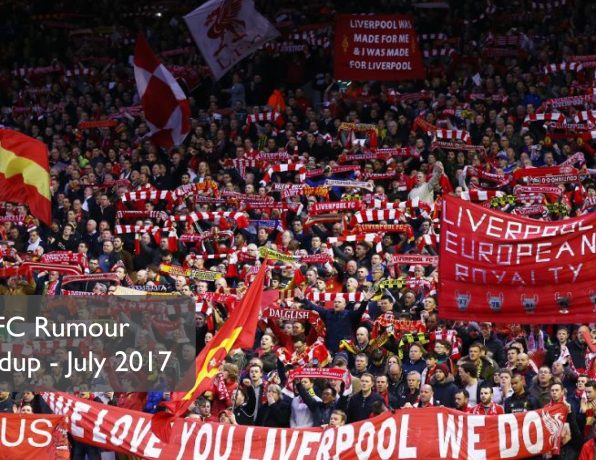 Welcome to LFC City explorer, today in this edition of LFC transfer rumours we discuss some of the hottest deals around the rumour mill as the summer transfer window is now officially open!

The saga is finally over as Mohammad Salah has officially signed for LFC from Roma for a fee of £36.9M. The reds missed out on signing the winger back in 2014 after being beaten by Chelsea, but Salah says he has become a much better player since then.

Salah had this to say: “We have a great team and very good players,” he said on his arrival.

“I was watching the games last year and everyone was giving 100 percent to win something.”

Liverpool FC have rejected an £11m bid for out of favour Alberto Moreno from Napoli. The club are demanding a £15m fee for the left back however there are reports of a swap deal for Faouzi Ghoulam. According to Gianluca di Marzio, Liverpool are targeting Ghoulam as a potential solution to Klopp’s problem area at left-back.

In an extraordinary turn of events, Liverpool FC have released a statement officially ending their interest in signing Virgil Van Dijk  and issuing an apology after Southampton FC have launched a complaint to the FA, accusing Liverpool of illegally approaching the player instead of going through the club. It is suggested at this point that Liverpool FC may face charges from the FA for their misconduct.

As many have pointed out on Twitter and Facebook, speaking to a player before the club is certainly nothing new. This suggests that Liverpool may have finally crossed a line due to their arrogance in all but telling the world he will be coming to Liverpool before even approaching the club.