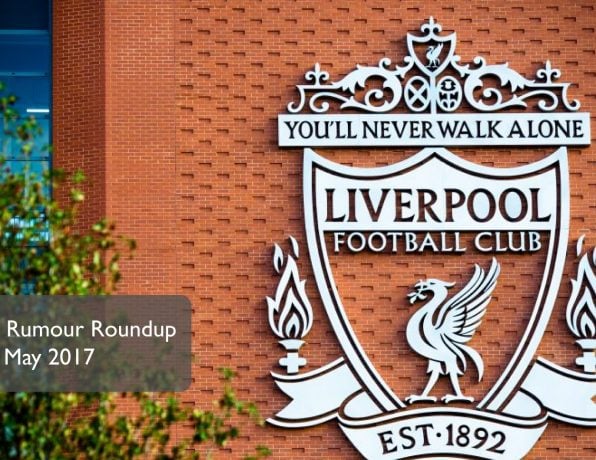 Welcome to the LFC transfer rumour roundup for May 2017!

Chelsea youth prospect, Dominic Solanke is out of contract this year and Liverpool appear to have beaten off stiff competition for Solanke’s signature. Red’s Boss, Jurgen Klopp expressed his interest in the youngster, describing him as a top English prospect who was part of the FA youth cup winning teams of 2014 & 2015. The 19 year old striker is expected to cost Liverpool £3m at a premier league tribunal and is tipped to earn £20,000 per week wages.

Arsenal midfielder, Alex Oxlade Chamberlain is considered to be even more likely to be on his way to Anfield next season despite wining the FA Cup with the Gunners, as bookies are now offering 4/5 odds of him being a Liverpool player next season. The rumour bill was set alight after the FA Cup final as Oxlade Chamberlaine expressed how he has ‘always wanted to be Steven Gerrard, so I’ve still got a hope for that’ as he discusses his interest in playing in the centre midfield role like the Liverpool legend.

RB Leipzig hotshot has reflected on his dream season with the German side and says he is desperate to do the same in the Champions League next season, as Klopp has marked him as his number one transfer target this season, as he plans to bolster his side’s number of experienced players and squad depth.